I'm back to work after an amazing and intense few weeks! On the 16th of December I got married to Ben in what was one of the most wonderful, overwhelming, happy days of my life.
I felt amazing, thanks in the most part to Kenzai which helped to keep me disciplined over the 6 month lead up to the wedding, starting with reboot and then keeping things balanced from there with K-life.
On the morning of the wedding (at stupid o clock) as I lay in bed worrying about the Christmas tree lights in the church (which weren't working the night before) I logged onto facebook where I found a note from Sharmali telling me to check my Kenzai email. Low and behold, there was a video, put together by the whole team to wish us luck and love for the big day. I have to say the video took me on a bit of an emotional rollercoaster (rather like the past few weeks!) I laughed out loud and seconds later was moved to tears by the gesture...all of which I couldn't have stumbled upon at a better moment.
Thank you all so much for such a wonderful gift for my wedding which I will always cherish and enjoy :)
Here are a few unofficial pics from the day...
NB. Christmas tree lights fixed by Santa over night as it happened so I needn't have worried

I couldn't believe it earlier when I noticed that my last blog was a month ago! Time seems to have flown...
W-day is getting ever closer and the final dress fitting should be tomorrow all being well. A good sign at the last fitting was that I'd lost 2cm and she had to adjust it again. I'm feeling reasonably trim and fit so happy enough. I would like a bit more definition by the big day though so will keep working hard at the diet. Weekends are doing me in at the moment- need to exercise way more discipline for the next 4 weeks.
Happy Wednesday y'all :)

Bo will be a year old at the end of the month which means I've been able to start taking her running with me. We're still getting the hang of it but I just got this awesome lead which makes things much easier! Such a fun fitness pal and really makes me run faster!
I'm down a few kilos and tightening things up again this month with #soberoctober! Actually really enjoying not drinking, especially weekend mornings without a fuzzy head!
Avoiding sweet things in the evening is proving the toughest part but I'm stocked up with herbal teas and embracing the early morning hunger pangs which are starting to wake me up just before my alarm at 6.30!
Ah well, all in a good cause #wedbod2017 (jokes...sort of)-

All well! I haven't gone completely K-ompliant and instead have decided to pace myself towards December with a strict no drinking on weekdays policy and an all round 'eat less shit' policy. I reckon I'll keep tightening the belt as time goes on towards the big day. Am considering doing sober October...but a little concerned about where extremes are likely to take me during a pretty high pressure time. It probably sounds silly but experience has taught me that I don't do well with extremes.
I've persuaded Ben to start working out with me which is something I hope will last. He's an active guy but with a family history of heart issues, I'm hoping he'll find a reason in himself to keep it up past the wedding photo pressure!
I think I've managed to work out every day since my last post, just about. Might have missed one but feeling fit and happy nonetheless. I think I might have also had chocolate every day since that post too though so it feels a but like swings and roundabouts at this point :)
I've recently finished my last semester of the uni year which I'm super happy about. It's weird I didn't realise how stressed I was, just having deadlines hanging over me. I've now secured a diploma in nutrition and health and am just one year away from being a qualified nutritional therapist (and 2 years away from my degree).

Did someone say dress fitting?

Here I am with my little workout buddy in the shitty English weather which calls for hoodies and hats in August.

Judging by the double chin and the way I've been living recently you wouldn't think that I'm a) a personal trainer b) studying nutrition or c) getting married this year. Quelle horreur! 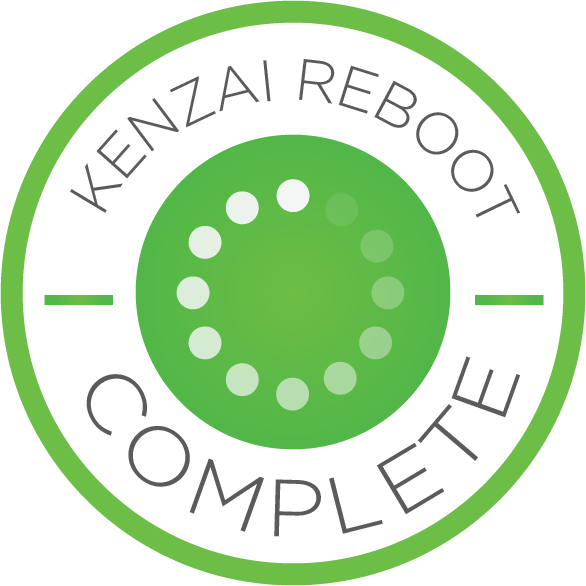 Had a great finish to the program with a bike ride and final work out with Dad today.
It's been a lot of fun getting back into the discipline of training with him...he doesn't do things by halves- well done Dad!
I'm still juggling a lot at home but the discipline of diet and exercise over the past 4 weeks has proved so helpful as always. Thanks for everything Scott, you're a legend.
Here's to the next challenge...but first, holiday! :)

My guess is that this was 1990 having just moved back to England from Bahrain. Peter S will know for sure...that's him in the tash!

I knew all along that my new skipping spot is way too hard to skip on. No surprise whatsoever that my shins are shot already. I was actually limping around all day, even having rested yesterday. So boring.

Pleasantly surprised this evening that Ben suggested we dust off the bikes though and had an unexpectedly great work out!

...and I feel as though things are firming up so am glad about that. Got the work out done against the odds today as have been feeling ill most of the day. Have hardly eaten this evening which is a sure sign that I'm not well. I never skip meals!
So glad its Friday tomorrow!

I'm back to it after a slightly wobbly weekend which was spent at my soon-to-be in laws where I never find it easy to stay on diet. I was up super early on Saturday to work out though which was good. We then had a long day of clay pigeon shooting which was a pretty intense shoulder workout.
Just got home after a long day at work and worked out but am finding I have a lot more energy this week after some alcohol free nights sleep. It really does make all the difference!
Have a great week everyone!

A couple of days ago a radio show I was listening to casually reported that a scientific study had just found that ‘whole grain bread is no better for you than white’. As a nutrition geek it got me all riled up. This is completely against conventional science and some of the most simple reliable nutrition advice. I was sure that this must have been a study funded by some food company and conducted very badly and yet this ‘lie’ was being reported in on the BBC as well as in one of the most widely read newspapers. ‘What a joke!’ I thought. ‘No wonder we’re facing an obesity crisis.’

As I delved into the claim being made, I was surprised that the research had actually come from a very well respected institute and one that’s pioneering research on gut bacteria on the cutting edge of nutrition science. Not only this, the scientists had proved their null hypothesis meaning that their results had completely shocked them. I was familiar with much of their similar research but had never heard it reported in mainstream media in such a sensational way that really seemed to miss the point.

‘Swapping your whites for browns’ is a really simple, and in my personal experience, effective way of managing energy levels and appetite; the mechanism thought to be behind this is that whole grains stimulate less of an insulin response to refined grains meaning that they promote more balance in blood sugar levels. However, this study found that this balancing effect was true in only half of the participants eating brown bread. In the other half, it actually had the opposite effect! Yes, half of the participants actually had a higher insulin response after eating wholegrain bread than white. Furthermore, the scientists found no differences in other markers of health in the blood such as minerals and liver enzymes between the two groups. Interestingly, the scientists were able to develop an algorithm to predict which participants would experience which insulin response based on the composition of their gut bacteria. This could mean that eating whole grains could be good for some of us, but not others. Essentially, this research is telling us that simple dietary advice like this might not be a one size fits all affair. In the future, our gut bacteria might be routinely screened to look at what foods are best for us and which ones to avoid.

HOWEVER, that time is not here yet but this is what should have been reported and the reporters who sensationalised this piece of research should be ashamed. This was a very small study, conducted over two weeks. The scientists themselves recognised the simplicity of the study and were explicit about how the results are not based on long term wholegrain vs refined grain consumption. If we look at the body of research on whole grains and dietary patterns including whole grains, there are a host of far more comprehensive studies linking the intake of whole grains to better health and decreased risk of things like bowel cancer.

I can just imagine how many people would have read the headline ‘brown bread no better for you’ and thought ‘Urgh! Science keeps changing its mind!’ So, at Kenzai, I hope we can do our part to keep things scientific and honest. We always have the power to delve into the research ourselves. Don’t believe everything you read, especially about nutrition!

Took my beloved on a run round the block today instead of skipping. As you can see, he was totally into the idea.

Naturally I made day 1 as difficult as possible by hosting a bbq last night. At the point where I was ready for a cup of tea and bed I thought ah better have another glass...while I can. Rookie error. Today has been hell! Nevertheless, got home and worked out and now chilling out which feels amazing.
Excited to reboot. It's time to put down the mayonnaise.
Have a great one team!!

I love this time of year - its by far the best time to train in the UK. The weather is good and the days are long. I got bored of my running route and decided to switch back to jumping rope this week which has been challenging in all the right ways.
Happy Wednesday y'all! And here's to everyone taking on programs this week. (Especially KB2. You guys are the best ones ;) )

I hope everyone is getting on well and still enjoying Reach. I've loved it but unfortunately am not managing to keep up with all aspects of the program and am going to have to duck out early.
It doesn't feel good not completing a Kenzai program but it feels worse doing it badly. Various things going on at home and long hours at work have meant I just haven't been able to prioritise this program, particularly in the evenings. It sucks, but it is what it is!
And to anyone considering doing Reach, I say do it!! I'm looking forward to giving it 100% some time next year or in the summer when schools out.
Peace out for now. Namaste.