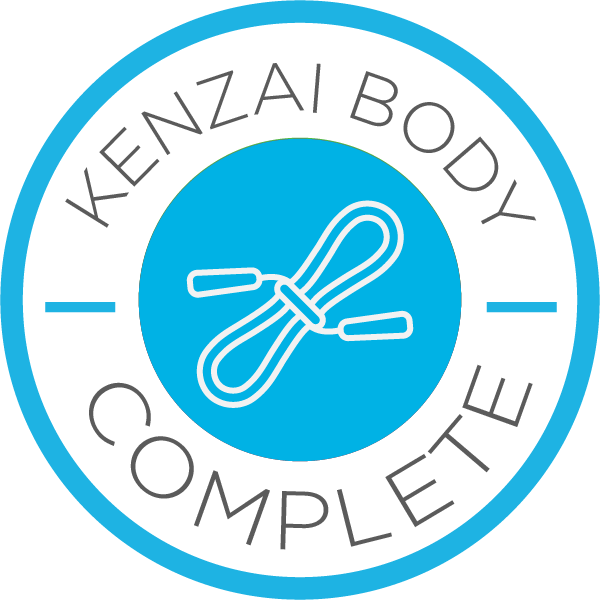 Most of my perception shifts came in the first month and I don't really see the need for some executive conclusion. But here are my "3 bullets":

1) nothing ends on day 90. Day 1 was just waking up from a snooze. We are building a house to live in here, not to sell; pay more attention. Selfishness in this area is selflessness for your loved ones. Die old.

2) food isn't the enemy, we are. Food WILL kill you, statistically. Make what goes into your body nourishing and restorative. Why do people pay more attention to "dry clean only" than "smoking kills" or "Type 2 diabetes"?

3) having a plan, understanding cause and effect and making yourself responsible for your actions will yield results in every aspect of your life not just aesthetics or health.

So take control. I suspect kenzai would be the first people to tell you that you don't need them. But I will tell you that the very fact that you are reading this means that you probably need a push in the right direction.

I don't care about the stats any more. If you do, then I'll tell you my waist is down from 36" to 32-33"; but that is only my marketing pitch for this programme. My jawline is back in some form, but even that hasn't been important to me for >45 days. My final photo is worse than the week before because it was taken after a 14 hour economy class flight. But again, I don't care. The changes are in my mind and are impossible to reverse even if the visible begins to tailslide.

Where Patrick and the trainers were nurturing, patient and encouraging on the programme, I will now be fascist, prejudiced and unforgiving. I had put myself in that hole and I am digging my way out.

Take control of your lives. No excuses. And remember that the hardest part of any morning is putting your feet on the floor. The rest is a piece of cake (a small piece)

Bit sorry to finish the programme on a plane and/or in london. Would have been nice to finish in tears on the floor of 24F Shenton Way where i started.

A more thoughtful post will follow at some point. But wow. What a programme. A proper reset.

Best money i have spent on myself since Lasik and i totally mean that. I don't know how to pitch this programme without making you guys sound like a cult - but maybe that's what it is. A cult based on science and common sense. Phrases like "eye-opening", "life-changing", "mind-altering", "perception-shifting" sound like over blown hyperbole - but they are all valid.

Patrick, Gus etc - life changers. The programme and the path back to common sense is a bargain at 10x the price.

Day 89 but not the last time I make the effort to change flight meal to fruit platter.

Not what u might think. I kind of wish I had managed to break my rope or resistance band over the past 3 months.

training without an event

Skipping remains an absolute delight. But exercises to "deep burn" are really showing my mental weakness.

Invariably I get to the previous weeks target and throw in two pathetic freebies and call it failure.

Sad about the end. Kind of wish there were a culminating event to show off progress.

just did 4000 skips. 10pc of that in September would have me begging for mercy.

Been throwing up when eating and coughing myself awake - if i weren't still losing weight - i would assume i am pregnant.

Exercises have been a bit of a joke. I won't get better without sleep and yet my body won't let me sleep.

Nothing to really say or add to that. Just need to keep going. Still 8 days to go until our arbitraty "end"!

I am going to need a Twitter feed (bad choice of words) from Busola over Christmas. Despite illness I am gasping for a pint of Guinness.

So looking around the gym for the first time in about 8 months did of course get me wondering. The Kenzai brief/mission was so loaded with direction that there was only ever one conclusion that we were going to draw.

The thought going through my head was that gyms make people fat. Not in the way you might think, but to the extent that if an alien came down to earth for one day and crash-landed his ship outside Fatness First, Pure Fatness or Virgin InActive  etc - then the majority of what he might see would be fat people on running machines. In fact the conclusion he MIGHT draw is that Planet Earth somehow channels the energy from its larger inhabitants, via these machines into other devices - like the TVs above them or the cars that drive them back and forth - because heaven forbid people actually walk to the gym.

You are right that gyms aren't designed to make people thin (how can you trust anyone to get you thin when they make money out of you being fat?) but i suspect that it's more about community and belonging and ultimately removing responsibility from the individual and instead placing faith in a logo: from personal experience that Swoosh was just my thighs chafing and those Three Stripes were stretch marks.

The only other time i really drew these conclusions was when people tried to take me to catholic church / sunday school as a kid. I see clearly now, gyms are temples, for money collection - not for worship. I will be drinking water from here, not kool-aid.

With respect to today's reading on supermarket mapping:

"Called the CocaCola Retailing Research council, it plumbs the social science of shopping to identify the ways in which both teens and adults can be made more vulnerable to persuasion. Soda already rivals bread in grocery sales and easily tops other staples like milk, cheese and frozen foods. in 2005, however, the council produced one of the largest studies ever undertaken about America's shopping habits, and it was loaded with tips and advice for grocers to increase their soda sales further still. The study included a "shopper-density map" done up in bright yellows and reds to mark the "hot spots" where most shoppers go. Whisked through the front doors they typically start on the right side of the supermarket - moving counterclockwise and, in a surprise, from back to front. Thus the main racks of soda should be placed toward the rear of the store on the right side. By contrast, much of the centre of the store has light traffic, the report warns, calling this area the "dead zone".

Now i personally didn't grow up with this kind of approach. Soda was always a no-no in our household and i never really understood the reasoning until now (seriously, it took 31 years - i am a slow learner). And it doesn't really matter whether you agree with the path you take around a supermarket - but we all know that zombie feeling that overtakes you when you lose track of why you are there in the first place. And when you realise the work that has gone into making you make a decision . . . . well there are all sorts of philosophical questions that come up then. Today's lesson deserves more consideration than i initially gave it this morning.

48 hours in bed now. Will be back on my feet for work tomorrow....but what a shit weekend. Food bouncing, waking up between headaches, kidneys in agony dye to dehydration and neck is stiff thanks to the fact that I havent moved in two days.

Proof if it were needed that weight and fitness have no bearing (and weight and strength are entirely proportional): I am at my lightest point on this programme and yet all I feel is dehydration and atrophy. Weight is just a number, I see it now.... So should we all.

Been in bed for about 30 hours now, waking up every 2 hours to vomit!

I know I am not in the best state right now and this bout of flu will pass.....but the dehydration, lack of nourishment and frequent retching has really brought out my abs.....trying to look on the bright side.

There ain't nothin over till it's over

I have been mentally weak recently. On good days my form breaks on set 3, on bad days i tell myself "I have learnt enough already on Kenzai to never let myself slip like this again . . . "(so let's coast from here, being the implication).

Furthermore this is the first time i have had flu/cold in years and i am enjoying it - because i am telling myself that i dont need to exercise and i can eat something comforting.

THAT is a defeated attitude and it has no place in this brave new world. There are still two weeks left and i, we all, need to keep on pushing and find that intensity from Day 1. I will re-read my blogs over this weekend. Big shout to Brett for breaking below the double-century!

It ain't over till it's over.

Anyway, the above says - "Your belly is smaller". It was a nice encouragement. In my experience the Chinese are as emotional about offering compliments as the British are about displaying surprise.

Truth is that i am struggling right now. Although the sets have gone up - and i do my best to finish them with some kind of form (that of a dead spider) - i find that after set 3 i am broken! But this makes no sense - because i was knocking out 3 sets like it aint no thang WEEKS ago - and now i am struggling?

This is fatigue - not physical, but emotional. ie i am being soft.

To be British - i need to pull myself together. 15 days left. Tally Ho!

Why make trillions when we can make ... BILLIONS?

the only way i can rationalise this, is my body attempting to resist change. This is truly a case of mind over fatter. Good post on endorphins today.

The average american was consuming 60,000 calories a year from soft drinks.

On my numbers....that represents a net increase of 8.6kgs a year.