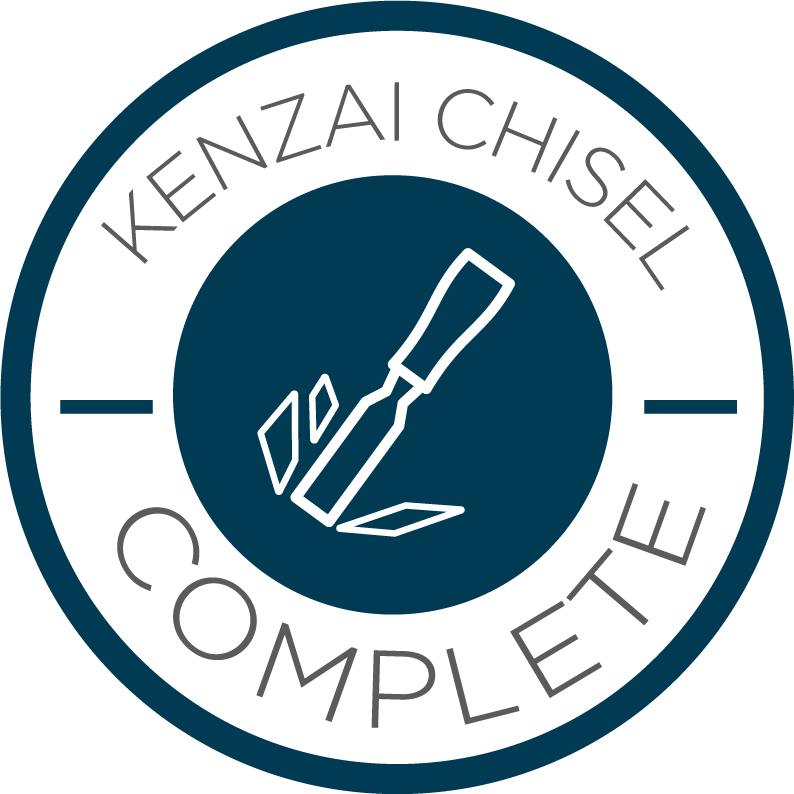 As the rugby commentators used to like to say, this was definitely a game of two halves!

The first half was during a move between countries, finishing up work and shifting the family into a new apartment. As well as getting back into karate and preparing for and competing in an international fencing tournament. So while I was not getting as many of my chisel workouts done I was fairly active physically. But not so good on the blogs. I was also not too bad on the diet, but fell off the wagon a couple of times - hard to be Kenzai compliant when visiting family and friends in Samoa! :)

The second half though was much more on point. Did my workouts daily, kept to the diet, blogged more frequently and also got more sleep. So I am pretty happy with the way I finished up.

In sum I feel leaner, stronger - particularly around the abs, legs and shoulders. My trousers are looser fitting, and I look fitter, and I am fitter. At karate and fencing training I am easily one of (if not) the fittest person there.

Thanks to Team Pluto and the trainers Sharmali and Amanda! Even though I may not have blogged as much at the beginning. When I read your blogs (and I did) it was comforting to know that there were others out there going through exactly the same stuff I was. You were awesome. Sharmali, it was great to cross paths again.

Until the next time!

Today’s workout done. Legs feel heavy - last night I did about 1.5 hours of continuous fencing so no wonder! It was good to feel the biceps working hard. But the x-wing exercise was tricky for me - I could not quite work out the right resistance band and the back started to hurt before my arms did!

Yip I am definitely an early morning workout person. Finished workout number 40 this morning. Only two more to go!

Today was hard. I skipped my early morning workout and opted for one at the end of the day. It was hard. The karate session last night really took it out of me and so I could not get up early this morning. The body was still sluggish this evening. But I got through the workout. I am dripping sweat as I type this post. Only three more sessions to go.....

The knee cappers took it out of me. As did the shorter rest breaks between exercises. Couldn’t complete my push up set reps for the last two rounds. But glad to have today’s workout done and dusted...

Yip I certainly crossed that threshold today doing the DHTs and the squat jumps. Heart pumping after doing those exercises. I felt a tad more sluggish this morning - last night was a hard karate session so the body was still fatigued no doubt....

Yay only one more week to go! This morning’s session seemed ok - except for the one-legged burpees. They were a killer!

Ended up choosing skipping today as my cardio activity - outside the hotel in the outside covered car park. Drew a few curious glances from passers by! Stopped after 22 mins or so - legs tired from this week’s activity. So selected the v sit-ups as my challenge (and I don’t have easy access to a pull up bar). Challenged I was! I managed 20 in a row then resorted to ten reps with a ten second break in between but pulled out the stops to finish with a last set of 20 reps. I was focused on good lower back and core control to manage a lower back issue. Was pleased to be able to do that and the post-workout ‘ab burn’ is gratifying. The abs clearly needed the extra attention!

The last three lessons were really interesting. Day 32’s lesson on getting rid of junk resonated with me. The past few months I have been doing that at home preparing for the move to another country. It is really liberating. The ‘pleasurable lightness of being’..

I certainly felt that I have this week broken through a wall. The extra karate and fencing training I do at night has helped me accelerate getting acclimatised to the longer workouts.
The three cycles don’t faze me out, and in a perverse curious way I now look forward to the temporary pain I go through with each exercise. I am starting to get the hang of DHTs and even starting to hang...woopee!

Today’s lesson about faster thought processing was really helpful. I certainly find when I do HIIT that everything I do seems to get faster and more efficient - decision making etc. I once did Kumon maths (where you have to complete a set of problems as quickly as possible) for a year or so and found the same thing had happened. Interesting!

Another grind this morning. But I definitely feel good knowing I have knocked off my workout before breakfast. Scoop push-ups were the most challenging exercise today. Really struggled in the later reps to get my body low on the returns.

How is everyone else going/

Up bright and early and got my workout done before 7am. Arms shaky. I was able to do maximum reps for each exercise but for the double katanas. I really struggled with those. The knee cappers were hard work. Legs definitely wobbly after those!

Now in Wellington, New Zealand. I did my workout on the top of a building today. Cold and very windy (this city is not called Windy Wellington for nothing!). I still struggle with the double hangs. My right shoulder doesn’t like them, that is for sure. But is more I cannot seem to get the body/legs high enough to hang. Still a work in progress! Everything else I can cope with. Three cycles is tough though!

Have been travelling the past two weeks. Four countries! The fencing tournament in Taipei was fun. I came 7th in my weapon, so pretty happy with that result. Have finished my work assignment in Tokyo and now en route to Manila where I will be for the next few years. But currently in Samoa visiting family. Am back to NZ this weekend for a couple of weeks before I head off to Manila.

Which is a long way of saying “sorry I was not able to blog as much as I wanted to. Or train as much.”

But I hit the gym yesterday and today. Yesterday’s chisel session was a rude welcome back. I was literally dizzy after the first round and seeing stars. So stopped there and took lots of water. Today I was able to complete all three rounds ok. I drank lots of water and had something to eat before I started the workout. Made a world of difference!

Here is a photo of me post-workout!

Yip double hangs are not my favourite. Not quite (ha!) getting that height. Right shoulder doesn’t seem to like that exercise. Will need to look into that. Otherwise huffed and puffed my way through the cycles. From tomorrow I have a fencing tournament for three days so am not sure if I can fit in work outs during those days. Will try!

Just moved house over the last weekend and have been in unpacking hell ever since. I tried to get my daily workouts in but it proved impossible. No space in the apartment, heavy people congestion in outside public areas or raining weather when I was free to exercise. I am missing the cycle workouts - I really notice how my core responds well to them.

Diet on track. I am on a plane in an hour and am getting a quick bite at the lounge before I board. See photo. Staying the course!