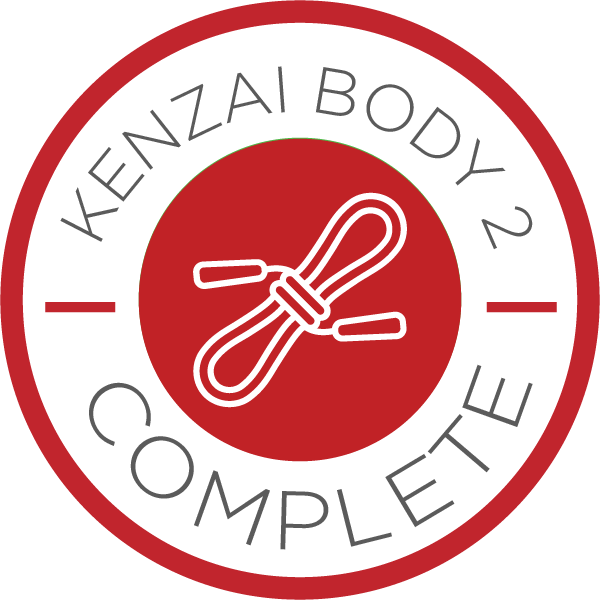 Tough course and, to be honest, not always enjoyable :-)

But it's not necessarily the process you're meant to enjoy - it's the results. And I've enjoyed the results - looser clothes, been sleeping better in recent weeks, feel fitter and stronger. 7-8 kg lighter than at the start of the year and even though weight isn't the best measure, it does give a morale boost.

I wish I'd participated more in the blogs - full of excuses for not doing so, but they don't stand scrutiny. 5 minutes a day, I could have done better - apologies for that.

I mentioned on the other blog I'd probably give myself 9/10 - dropping points on the diet side. Diet definitely better overall, but some lapses. Won't beat myself up about that - the reality is most people can't commit 100% to every aspect, there has to be a balance with "normal life". Rightly or wrongly, I think having some of that balance during the course makes it easier to maintain a balance once the course has finished - rather than being a pendulum swinging from extremes...

Many thanks to the Kenzai team for the effort they put into these courses and for keeping the site ticking over so well - a fantastic and dedicated group of people - thank you!

Also, many congrats to the rest of the course members. Sorry to see some fall by the wayside, but I hope they can have another go - it's well worth it!

For me, I have a week of holiday next week - then back into exercise again - the daily routine will largely remain, as will lessons from the diet side.

Will hopefully do one more course this year as well, undecided on which one :-)

Thanks all - see you around!

Blimey - 90 days. No denying it's been tough, very tough at times. Some of the exercises designed in Helga's House of Pain, I reckon...

I've slipped on the diet at times and have struggled with exercises at times - and there have been motivational issues at times. But I'm pretty sure most, if not all, Kenzaiers go through that

Overall I'm happy - would give myself 9/10. I'm trimmer, clothes are looser and I'm stronger than 90 days ago. As I approach 50, these things matter more to me

Biggest regret is not blogging enough or commenting enough - genuinely struggled with time on that, but it only takes a few minutes and I should have been a better participant on the boards. Apologies to all for that

Well, this course is over, but the exercise and diet routines go on

Kettlebells are something I've missed - but also some of these band exercises have, I think, really worked and I'll use them going forwards

Many thanks and congratulations to all others on the course - and thanks to the Kenzai team!!

All the best and see you again

Far prefer them to sets and, post this course, I think cycles will be the way I go for my maintenance. At my age it's maintenance more than improvement, sadly...

Last week - amazing how quickly the time has flown. Sad to be coming to the end...but also looking forward to the challenge of continuing to exercise/eat better post-course

Those "heel to butt" jumps. Man, I hate those with a vengeance. Into the last two weeks, no way dropping out. Finding it tough, though...really tough. I'll be honest and say I find the exercises generally less enjoyable than the kettle bell course - even at its hardest, I enjoyed those exercises - something about swinging a lump of iron feels better than pulling on a glorified rubber band, I guess :-)

That said, very pleased to be working through this course...stick with it, team!

Aside from a photo of myself looking like a sweaty buffoon, I'd like to share something from my youngest, Jessica, aged 11 - she has to give a speech on resilience and this is what she's prepared...

"My name is Jessica and I shall tell you a story from the history of my home country, Scotland.

It is a story of failure. A story of almost giving up. A story of finally finding the strength and resilience to carry on – and succeed.

King Robert Bruce was a brave and wise Scottish ruler in the 14th century. He was at war with the King of England and had already lost six battles against the English armies. After the sixth battle, he had no more faith in himself, no more courage, no more hope. Depressed and demoralised following his defeats, Robert sought refuge in a damp cave.

As he sat alone in the darkness, overwhelmed with a sense of hopelessness, his eyes fell upon a spider, spinning her web. Intrigued, the King studied the tiny creature as she hung from her silver thread.

Whilst he watched, the spider struggled to swing across a gap in the rocks. She was desperately trying to weave her web but no matter how hard she tried, she could not cross the gap. Time and again, she tried – swinging, failing, swinging, failing – six times, the spider failed. Robert was struck by the parallels with his own struggles – and failures.

His heart beat faster as he urged the spider to cross the gap. Six attempts, six failures - Robert could barely watch. Almost miraculously, on her seventh attempt, she succeeded. She crossed that gap, her web was complete!

Inspired by the spider’s determination, Robert thought to himself, if she could try a seventh time, and succeed, then why couldn't he?

Encouraged by that little spider, Robert then left the cave, made plans for a seventh battle and gathered his men.

With support from Scotland’s clans, Robert raised an army of 5,000 troops. In 1314, at the Battle of Bannockburn, they faced an English army numbering 20,000. Despite being heavily outnumbered, Robert and his men fought like heroes and finally won freedom for Scotland.

While stories of Kings and spiders and battles from years ago can change over time, the underlying inspiration remains the same. ‘Never give up on your dreams’.

We are young, but I am sure many of us already know that life can be hard. As I come to the close of my speech, I would like to quote from a movie about a boxer, Rocky Balboa “You, me, or nobody is gonna hit as hard as life. But it ain't about how hard ya hit. It's about how hard you can get hit and keep moving forward. How much you can take and keep moving forward. That's how winning is done!”

All of this applies to us here today. For example, I recently auditioned for the Junior Young Musician concert but was not accepted. I shall, however, try again in the Senior School. If any of you applied for class rep, unit rep or a sports team but didn't get selected, try again. Try, try again. Never give up. "

Another one ticked off...very close to the end of the course. Glad to have had a recent stretch of good workouts and good diet. Feeling the strain of the exercises and freely confess I find it very tough at times...

5 sets, reduced rest times, stronger bands - all mounts up. Little bit of weight reduction, which helps the motivation - not the approved measure, I know, but still...happy to be 7-8 kg lighter than at the start of the year

Starting to think ahead to after the course has finished. I did the kettle bell course at the start of this year - would fully recommend that to anyone who hasn't done it - I'll deffo be bringing the bells back into my routine

Our group seems to have diminished in numbers? If so, that's sad to see - hope those of us remaining give it all we have over these remaining days!

End of the week

Been a long one - pretty tired this morning when it came to the workout. More tired afterwards :-)

But managed to fit in some time to play with my new toy, a drone

Now off to watch Wonder Woman to gain inspiration for tomorrow's work out :-)

A constant feature when waking up these days - and it feels good! That "deep burn" aspect certainly feels like it's doing its thing!

Delighted to have travel out for the way and to get back into the normal routine - including having control over diet. Hard to believe how close it is to the end of the course - hope we can all make a full effort to nail these final days - good luck all!

Like a few others here, I find that travel is disruptive/annoying

Exercises going fine but sleep not the same and diet drops

Man, getting a full 5 sets in for some of these exercises is tough, tough, tough - and I confess to not always managing - hitting the "failure" point a couple of times this week

Noticably on the push-ups yesterday and on the abs today. Still, mustn't grumble...

On the plus side, seeing some muscles start to show through the flab. Might oil myself up and post some snaps.

I mentioned in an earlier blog about looking ridiculous when trying to do some of the earlier exercises. Full credit to Kenzai for raising the bar with this balance shoulder fly thing. I reckon i looked something like a drunk flamingo attempting to do a tightrope walk in a force 9 gale.

To borrow a line from Armageddon, if the fitness industry ever goes under, you guys can get a job in Helga's House of Pain

The exercises. Not me. I'm still wimpy. Some new exercises this week, more of them, session taking longer - but all good, enjoying the progress. Biggest problems are sleep - and willpower on the diet. Today ok though, nice lunch of lamb and veg.

Apologies - late with the blog, I guess problems most of us go through - busy at work, fitting in travel, coping with different schedules etc...

Anyway, exercises have ramped up - new ones, more intense, more sweat - really getting into the meat of the course, I guess. Enjoying the increased intensity - and extra burn. Struggle with the diet at times, always my weak point, But definitely making better choices overall if I'm out for dinner or at a hotel, so not all bad. Just a bit bad :-)

Hope the team is going strong, will catch up on reading blogs

Ticked off - so 40% of the course done...nearly half way. And it has started to ramp up a little. Enjoying the increased exercise and related sweat. Being totally diet compliant remains a struggle, but certainly eating better than I otherwise would. Don't mind the egg white-and-apple dinners. Just whizz up a smoothie with the milk, raw egg whites and apple, that works. If I'm being cheeky I'll add 5 raspberries for a bit of flavour. But no more than 5. Cos that would be approaching 10 and that's too many. I can rationalise 5...