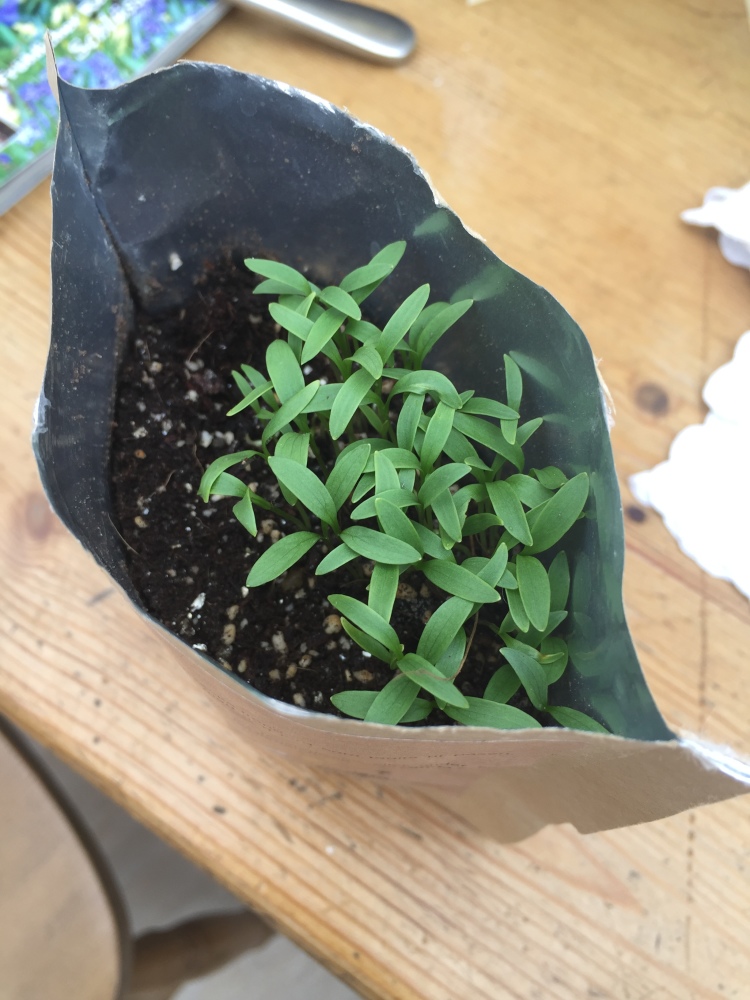 My skipping rope broke!! No fear, I wasn't feeling the skipping today anyway and have a new one arriving tomorrow morning. I went for a 50 minute run instead and it was so beautiful in the countryside. I felt so tired and lethargic all day today but decided to pull it together and get the bod moving. I then ended up doing a 2.5 hour workout and am now feeling physically tired, mentally merry and generally very zen.

I have also started to grow my own coriander and chilli, as my boyfriend and I cook with both, every day. I bought mini foil packs of the soil ready mixed with the seeds in packets, inside. All I had to do was bury the seeds and water them. Tadaaaaaa. I'm still waiting on the chilli but I've been told they take slightly longer..... I may have over watered them though.

Great work pivoting to the alternate cardio, Tam! What rope did you snag for your replacement?

Did your rope break from wear and tear? This should be celebrated! It's a symbol of all your hard work. Put up a pic.

I've been telling myself for a year that I'm going to grow my own herbs. I hate that I buy them and then use 1/5th and the rest ends up going bad. You've inspired me to go to the damn nursery and buy some. Are plant stores called nurseries in the UK as well?

That is growing so much better than my rocket Tam!

I am loving the running at the moment. Went on another hour long run last night and it was amazing. Back to the skipping today though as it's raining and I have terrible blisters!

Brett- I've got quite a cheap rope from amazon but with wider handles as I started getting cramp from my small handles!

Ed- I threw the rope away but I don't feel like it's such an achievement as I had the rope for a couple of years, so it was about bloody time it broke! It also cut£1.99 so it's done really well. And yes they do call them nurseries i think! It's quite liberating and very satisfying when they start to grow.

Jess- I agree, mine do look much better than yours, don't they? Better luck next time love!

50min run and then 2.5hr workout. wowieeee. you are really putting the P in perfect.
and congrats on the home growing. i need to do that asap. every single year without fail i seem to miss the time to plant the seed stage of the year. well thats always my excuse anyway!